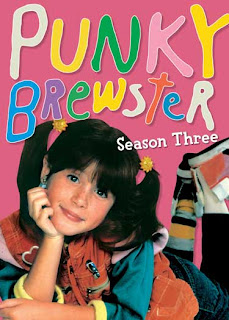 Sorry we're a little late -- I was out last night watching an Irondale football game.

So how did that go, grasshopper?

We lost to North Branch. What is up with that? But that's in the past now, and I look to the future. Even though certain coaches may not have much of a future, if what we're seeing in the papers this morning is true. So let's pick the games before anyone gets fired.

Minnesota Golden Job Openings (+5 1/2) vs. Purdon't Boilermakers. Rumor has it that Tim Brewster is going to get fired if he doesn't pull out a win today. Purdue is about a middle of the pack Big Ten team, but the Gophers haven't proven they can win at home, much less on the road. Be on the lookout for a guy looking through the classifieds. Purdon't 35, Fire Brewster 10.

Here's an idea -- Brewster and Glen Mason should change seats. Mason can go back to the Gophers and Brewster can be an analyst on the Big Ten Network and take veiled shots at Bret Bielema the rest of the season. I had a bad feeling about this hire when it was made and it's turned out even worse than I thought it would. You should be able to win at Minnesota, especially with the beautiful new stadium. Someone will, but it won't be Tim Brewster. Purdue 34, Gophers 28.

The Ohio State University Buckeyes (-4) vs. Beloved Wisconsin Badgers. Meanwhile, in Madison Bret Bielema doesn't have to worry about joining Brewster on the unemployment line. The Badgers are facing their toughest game of the season. I'm going to play devil's advocate about Ohio State. I don't think they're the best dang team in the land because they don't have that good of a non-conference schedule and it's about time the team that plays on Smurf Turf is ranked #1. Terrelle Prior is like Art Schlichter, who had talent but was overrated and can easily be stopped. It's going to be close, but Wisconsin is going to pull it off. Badgers 24, Craig Krenzel Nation 20.

We'll leave the discussion of Boise State aside for now. As for the game, the Badgers will have trouble with Prior, especially if the Buckeyes can keep J. J. Watt blocked. The key of this game will be keeping Prior off the field. If the Badgers can run the ball well, they'll pull the upset. I'm not convinced they will, though. Ohio State 28, Wisconsin 23.

The Eyes of Texas Are Upon YOU (+9 1/2) vs. Nebraska Cornhuskers. During the Mack Brown era, Texas has been one of the best teams in the nation. They've won national championships and are always high in the polls. However, Texas would want Colt McCoy back. Uh, no. You can't have him back, Mack Brown. Muahahaha! Nebraska comes into the game led by Taylor Martinez, who is doing his best impersonation of Michael Vick in his prime, minus the dogfighting. Nebraska absolutely manhandled Kansas State last week and Texas has never lost 3 straight since 1999. Cornhuskers 73, Texas 0.

Whatever you say, young fella. The interest here is that these schools were the antagonists who essentially punched holes in the Big XII. Nebraska felt that Texas was too dominant in how the league was run and resented it, which made it easy for them to leave for the Big Ten next year. The two schools really dislike each other, so this will be a nasty game. I do think Nebraska will win. Maybe not by 73 points, though. Nebraska 31, Texas 20.

Dallas How 'Bout Them Cowboahs (+ 1 1/2) vs. Minnesota Vikings. This is basically an elimination game for both teams. Whoever loses probably won't make the playoffs and won't be playing in the House That Jerry Built in a few months. If you're a regular reader, you know how much I dislike Tony Romo. However, the Cowboys have the most to lose and will play incredibly desperate against a Viking team that's dealing with Textgate. I need not explain what's going on. Look for Romo to have a career day against a depleted Vikings secondary. Cowboahs 42, Vi-Queens 10.

Is it just me, or does Favre look like Willie Mays did in a Mets uniform right now? He made some great throws against the Jets, but every time he did he held his arm like it was going to fall off. I think the Vikings are the better team, but I really wonder about the psyche of the team right now. I've said it before: live by the Favre, die by the Favre. Cowboys 31, Vikings 27.

Miami Tuna Net Victims (+3) vs. Glorious but Depleted Green Bay Packers. Things aren't much better on the other side of the St. Croix. It seems that half the Packers are currently splitting time between the practice field and St. Vincent Hospital in Green Bay. And of course, the hospital in Green Bay had to be named St. Vincent. Thank goodness that Aaron Rodgers can suit up and can those Dolphins, who are starting to look like a magician that uses his best trick way too often. The Wildcat isn't really fooling anyone these days. St. Vincent 24, Sorry Charlie 10.

I really wonder about this game. Rodgers looks to be fine, but the problem seems to be on the other end of his passes. The Packers dropped a lot of passes last week and that has to stop. Losing Jermichael Finley is a huge blow, too. It sounds like Clay Matthews may not play either. I still think the Packers have enough to win this week, but they'd better get healthy soon or this season will disintegrate. Packers 24, Dolphins 20.

Seattle Seabags (+6 1/2) vs. Bear Down Chicago da Bearz. It looks like Cold Cut Cutler is going to take over for the ever-present Todd Collins, who compensates for his lack of talent by being indecisive and very, very old. It's amazing that he's still in the league. What's even more amazing is that the Seabags are starting to be respectable under Pete "Fun and Gun" Carroll. I will agree with Gino and say the Bears will win. Da Bearz 20, Seabags 0.

The Bears are resourceful. There's no way in hell that they should be leading the division, but there they are and my guess is that they will be the team to beat the rest of the way. Cutler's health will be a key factor, but right now the Bears are going through a stretch where they play a lot of weak teams. If they can hold serve, the Packers and Vikings may not be able to catch up down the line. Bears 24, Seattle 17.

Next week it's the return of Grandpa Text Message to Green Bay. Hopefully he doesn't send any more text messages, or else he's going to get a lot of angry signs. And that endorsement deal with AT & T? Forget about it! Ben out!
Posted by Benster at 9:00 AM

yes, the Bears are the accidental front runners.

there is the phrase: we are better than this.

and suredly, the vikes and packers are telling themselve that.

and the apropo response: you're only as good as your record.

the Bears are 4-1. i dont know how that happened. but for now, i'll accept it without too much question.

Glad to see my Gophers are always your "ace in the hole!"

Tough week, Brad. Hey, we put 'em out there and sometimes it doesn't go so well.