William A. Jacobson notices something:

The New York Times today ran a demeaning Op-Ed about Tim Scott, the Republican Congressman from South Carolina who was just appointed to the seat being vacated by Jim DeMint.

The Op-Ed was written by U. Penn. Political Science Professor Adolf L. Reed Jr.,  The Puzzle of Black Republicans, and accused Republicans of engaging in tokenism by appointing Scott:

Yeah, black conservatives are tokens. It's axiomatic as far as the Old Gray Lady is concerned. The laugh comes later, when Jacobson publishes a screen shot of the New York Times Editorial Board: 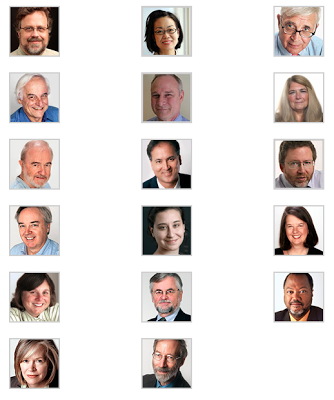 I will say this -- Bearded Americans are well represented.

Well of course it doesn't apply to THEM; their hearts are PURE. Not like those Republicans.