I am 50 years old today. It's astonishing how quickly this milestone arrived. As I recall, 1975 lasted longer than the current decade, and time is only picking up speed.

Although navel gazing and thumb sucking are evergreen blogging topics, it's not cool. Instead, here's a window into what the world looked like on December 2, 1963:


A few months later, the Beatles would appear on a very different variety show and everything would change. It was a time when a few jokes certainly didn't hurt, considering what had happened only 10 days before: 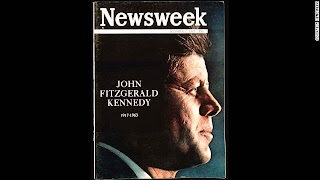 And the day I arrived, this guy died:


And this was the #1 song on the pop charts:

50! i'll need you to take notes because i'm not that far behind you.