The Meaning of Notre Dame — III 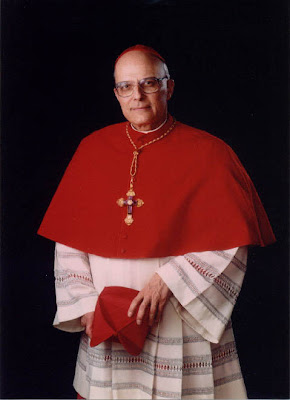 Parts I and II are linked

Any organization that has been in existence for 2,000 years will have a certain amount of subtlety and the Catholic Church is no exception. One of the most obvious outward symbols of the Church is its long-standing hierarchical structure, and especially the central role of the Bishop of Rome, better known as the Pope.

It is certainly true that Catholics look to the Pope for moral instruction and leadership, but the widespread notion that the Pope dictates how individual Catholics behave is a fallacy. The Pope's representatives are the bishops, but they have less loyalty to Rome than you might think, and certainly less control over their flocks than the popular conception would have. In addition, there have always been many independent power sources within the structure of the larger Church – the religious orders are the most prominent example, but other Catholic institutions have long had wide latitude in how they conduct their affairs. Which brings us back to Notre Dame.

As I discussed earlier, the University of Notre Dame is one of the most prominent Catholic institutions in this country. For many Catholics, especially in the Midwest, it is a pre-eminent symbol of the Church. This is equally true for non-Catholics, who may know little of Catholic doctrine but recognize Notre Dame as a quintessentially Catholic institution. That means that the public actions of Notre Dame are bound to influence the perceptions of Catholics and non-Catholics about what Catholics believe and the values that Catholics put forward.

As is now well known, Notre Dame has invited President Obama to give the commencement address to this year's graduating senior class. Given Notre Dame's importance, it is hardly surprising that President Obama has decided to accept the invitation.

Just about every college would want to have the POTUS give a commencement address; it's obviously a huge thing and Notre Dame has had other presidents speak before, including President Reagan in 1981 and President Bush in 2001, and Presidents Eisenhower, Carter and George H. W. Bush as well.

The invitiation of President Obama has proven to be far more controversial than the earlier invitations, primarily because of the President's very public record regarding abortion. All of the other presidents except Carter were pro-life. And no other institution in the United States is more publicly pro-life than the Catholic Church. So the tension is obvious. And the protests have been fierce.

A group of prisests from The Order of the Holy Cross, which founded Notre Dame, has called for the school to reconsider the invitation. John D'Arcy, the bishop of the South Bend/Fort Wayne diocese where Notre Dame is located, will not attend the ceremony. The archbishop of this Archdiocese, John Nienstedt, has made his opposition to Notre Dame's decision quite clear and has pledged to withhold support for Notre Dame in the future. The Cardinal Newman Society, an organization that represents in varying degrees the interests of Catholic colleges and universities in the U.S., has sponsored a petition that as of this writing has over 320,000 signatures. It's an impressive array of voices. But the assembled voices haven't changed a thing.

"The reason for the strong reaction lies in the growing dismay among many, after years of discussion and organizing, over their inability to stop the killing each day of about 4,000 unborn babies," Cardinal George said in the statement.

"The indications now that the present administration intends to solidify the right to abortion as a permanent civil rights law, without possible qualification of any sort, add to that dismay and increase frustration," he added.

"Abortion is a society-dividing issue."

That much is true, undeniably so. But the Cardinal is not willing to use his office to bring pressure on Notre Dame.

The statement said Cardinal George has not urged Notre Dame to "disinvite" the president. "He said that both the president and his office should be respected and that the university could not and should not rescind an invitation to the president of the United States," it said. "The president's views are well known as are his reasons for them; he is not himself the issue here."

It's absurd to suggest that Obama is not the issue; if John McCain, a pro-life politician, were president, no one would have objected to the invitation. But we'll let that pass. The more important issue is that George is unable or unwilling to get involved. In fact, he essentially admits his own impotence in the matter:

Cardinal George said "those who were upset about the invitation should let their opinions be known to the university, not to him or other bishops, since the bishops do not control or manage the university."

In other words, if you object, you're on your own. The bishops in the U.S. have been uncertain trumpets on any number of issues for some time now and the message from George is clear: no matter what Bishop D'Arcy, or Archbishop Nienstedt might feel personally, the bishops as a group aren't about to bring any pressure to bear on Notre Dame. So the show will go on.

D'Arcy and Nienstedt should place pressure.
their reputations are at stake, even if they have no direct authority.

Even if you don't win, you still have to put yourself out there on principle. It's what being faithful is.

To put this in another way, God works through us and can accomplish amazing things that would be beyond our abilities, but this does not happen if we don't show up. It sounds like George isn't bothering to show up.

It sounds like George isn't bothering to show up.I'm not convinced he wants to show up. But that's part of the next post, good sir.