The police and the state

We're not going to make any progress talking about the issue at this moment, but we do need to think about the amount of firepower that police departments have these days. It's still worth asking why St. Cloud, Minnesota has this vehicle: 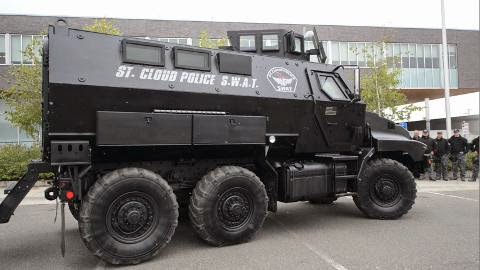 It's also worth asking why a small town in Wisconsin has a vehicle like this: 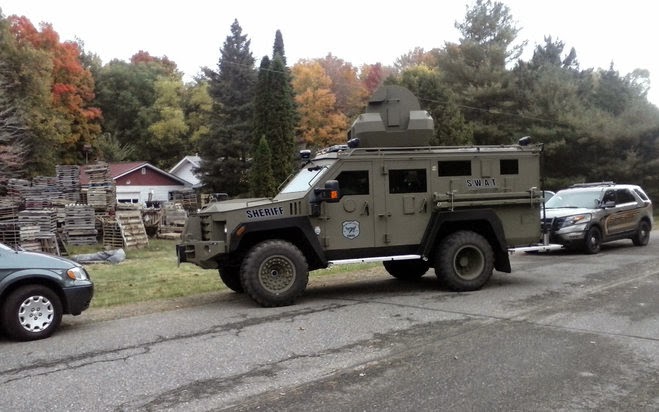 And it's definitely worth asking why this vehicle and 24 armed officers went after a 75-year old man for a civil judgment. A taste of the reasoning:


Marathon County sheriff's officials aren't apologizing for their tactics. Sheriff's Capt. Greg Bean said officials expected to have to seize and remove tractors and wooden pallets to pay the judgment — hence the cadre of deputies. He also said what while Hoeppner was never considered dangerous, he was known to be argumentative.

That's the beauty part -- if you have armored personnel equipment, you are far less likely to have to apologize for anything. And woe betide you if you are an argumentative 75-year old guy. As Bean points out:


"I've been involved in about five standoff situations where, as soon as the MARV showed up, the person gives up," saving time, money and increasing safety, Bean said.

Massive force is often quite efficient.
Posted by Mr. D at 6:02 AM

OK, four hours' OT pay for 24 guys, fuel and maintenance on all those vehicles.....I can figure out a way to get people ticked off about this. Look at the bill to pay for all of it.