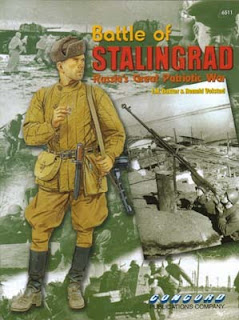 Hey guys! Before we get down to bidness, I have a quick shout out: today is Mrs. D's Birthday!!!! Can you feel the HYYYYYYYPPPE!!!

Hype doesn't begin to cover how I feel about Mrs. D, Youngblood.

That's good, Decrepit. Way to stay loyal there, old timer! Anyway, we thought about starting the Bowl Extravaganza this week, but it's awfully hard to get too excited about the New Mexico Bowl and the St. Petersburg Bowl, which I believe is being played in Leningrad. These games feature no one we care about in the least. In fact, I'd have been more interested in the Stalingrad Bowl.

I think the Germans lost that one, Benster.

That's what I heard, too. So let's just stick with the National. . . Football. . . League! Plenty of HYYYYYPPPPE there.

Minnesota Vikings (-7 1/2) vs. Carolina Pathetics. A year ago, the Panthers were the #2 seed in the NFC playoffs. Then Jake Delhomme laid an egg on national television, and the Panthers have been bringing the stink ever since. Minnesota should eat up DeAngelo Williams and Jonathan Stewart and they don't even have to worry about that silly Delhomme dude, since the Panthers are going with the immortal Matt Moore. Whoever the heck he is. Vikings 50, Pathetics 17.

The lyrics of the old song were "in my mind, I'm going to Carolina." Of course, James Taylor was a bit of a wimp and in my mind it doesn't make much sense to pick the Panthers, either. So I'm going to agree with the Benster, but as always I'll be a bit more circumspect about the score. Vikings 31, Panthers 14.

Glorious Green Bay Packers (+1) vs. Pittsburgh Stillers. A few weeks ago this game looked very difficult, but since then the Stillers have lost to the almighty Chiefs, Raiders and Browns. That's not exactly what you want to do. Recent history tells me that Green Bay should win this game, as the Packers have won 5 straight. But here he have tried and true theory about "desperate teams at home." Pittsburgh is desperate. Rodgers and Company 17, Tomlin and Friends 10.

I don't know what to think about this. I believe the last time the Packers won in Pittsburgh was about 1879, so the history that Seabiscuit likes to mention does not favor the Green and Gold. However, Pittsburgh is playing quite poorly at the moment. I'm hoping that I'm wrong about this, but. . . . Steelers 21, Packers 16.

Arizona Schizophrenic Cardinals (-10 1/2) vs. Detroit Common House Pets. The Cardinals are a Jekyll-Hyde team this year. How do you explain them killing the Vikings one week, then getting killed by the 49ers the next? Arizona's troubles on Monday were due to losing the turnover battle. Detroit doesn't exactly have the world's most feared defense, though. Ask the Ravens, who put up 48 points on the House Pets last week. Look for the good doctor this week. Dr. Jekyll 90, House Pets 0.

Uh, no. The Lions are pretty lousy -- no doubt about it. But they'll play better this week. Not that it will matter so much. Cardinals 34, Lions 13.

Bear Down Chicago da Bearz (+10) vs. Baltimore Edgar Allan Poes. So now we turn to my other favorite NFL whipping boy, Jay "Ryan Leaf" Cutler. Cutler is arguably the worst quarterback in the NFL. Granted, he doesn't exactly have the best weapons around, but I have to ask you something, Gino -- how could your team trade for that prima donna? He's even worse than Mr. Ochenta y Cinco in terms of silly behavior. Anyway, after that rant, da Bearz are just playing out the string and Baltimore is fighting for a playoff spot. Baltimore 40, da Bearz 13.

Hmmm. I don't know about this one, grasshopper. I have no reason to believe this, but I think da Bearz are going to play well this week. Why? If I knew, I'd say. Call it a hunch, or maybe a brain cramp. Da Bearz 17, Charm City Birds 16.

So, you actually believe that da Bearz are going to win with Jay "Ricky Stanzi" Cutler? Guess what, da Bearz? Maybe you should draft Ricky Stanzi this next year. You can never have enough terrible quarterbacks in Chicago. Ben out!
Posted by Benster at 8:11 PM

personally, i think the bears are toast for the rest of season. with nothing left to play for, and pride down the toilet, i certainly wouldnt expect much.

and word is: this is angelo and lovies last dance in chicago.

Gino, I believe you are missing an "S" on your greeting and a Y chromosome to boot. Nevertheless your enthusiasm was exemplary!

but i'm sure she got the message.

Happy Birthday, Mrs. D! Make sure Mr. D does something nice for you today! :)

Thank you everyone for the birthday wishes!! I did have a nice day on Friday.

Gino, it is easy to confused since our names are similar. Just to add to the confusion, Mr. D's birthday is also in December.