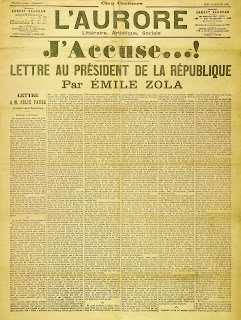 I've always tried to avoid the temptation of believing in conspiracies. I get a little blurry on whether it was E. Howard Hunt or Howard Cosell who was on the Grassy Knoll, and the only Rothschild I know is the little town south of Wausau, so I don't find the Bavarian Illuminati especially illuminating. But just because most conspiracy theories aren't especially compelling that doesn't mean that conspiracies don't exist. And a very bad and evil one has been hiding in plain sight for the last sixteen months. Here's the bottom line -- if you put "Keyser Sose" into a translator, it actually comes out as "George W. Bush."

What, you doubt that? Well, tell me how else you explain this amazing string of coincidences, brought to our attention by a keen observer in a Colorado newspaper, about which more in a moment:

George Bush, who doesn’t have a vote in Congress and who no longer occupies the White House, is to blame for it all.

He broke Obama’s promise to put all bills on the White House web site for five days before signing them.

He broke Obama’s promise to have the congressional health care negotiations broadcast live on C-SPAN.

He broke Obama’s promise to close the detention center at Guantanamo in the first year.

He broke Obama’s promise to make peace with direct, no pre-condition talks with America’s most hate-filled enemies during his first year in office, ushering in a new era of global cooperation.

He broke Obama’s promise to end the hiring of former lobbyists into high White House jobs.

He broke Obama’s promise to end no-compete contracts with the government.

He broke Obama’s promise to disclose the names of all attendees at closed White House meetings.

He broke Obama’s promise for a new era of bipartisan cooperation in all matters.

He broke Obama’s promise to have chosen a home church to attend Sunday services with his family by Easter of last year.

Yes, it’s all George Bush’s fault. President Obama is nothing more than a puppet in the never-ending, failed Bush administration.

This bill of particulars appeared in the Aurora Sentinel. Can it be a coincidence that the famous condemnation that Emile Zola issued appeared in the French publication L'Aurore? I think not. J'accuse, Chimpy!

We need to start paying attention to these things. Now that the scales have fallen from my eyes, it is clear that Ronald Reagan was wrong about the one thing that really matters -- George W. Bush is the focus of evil in the modern world. It's pretty amazing, really. We've really been remiss around here in condemning the evil ways of this man. That's going to have to change -- when you consider the depth and breadth of his treachery, it's a big miss on my part that I haven't been more steadfast in putting blame where it rightly belongs.
Posted by Mr. D at 8:26 AM