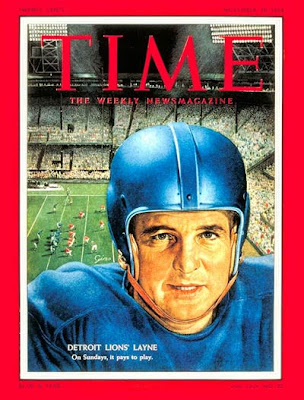 What up, guys? The Benster is back in the house and he brought his decrepit old Dad with him.

I'm not really that decrepit, Benster.

After you're done getting your butt kicked in predictions, you'll feel really decrepit. Bring it on, Mr. D!

So here's how we're going to do this. We will pick some college games and some pro games. Both me, the mighty Benster, and that old dude who runs the blog. And we'll see who does better. How does that sound, D for Decrepit?

Game on. First, we're going to start out with a stadium opening. In case you live in Minnesota, but your address is under a rock, chances are you probably heard about the new TCF Bank Stadium. The Gophers are finally going to play in this thing tomorrow.

Air Force (+ 3 1/2) vs. Gophers. All Air Force is good for is a bunch of pilots and falcons flying around their home field. Funny, falcons don't really play football, the last time I checked. Minnesota 31, Falcon U. 3

Okay Benster. I'm a little less optimistic than you are, but I do think the Gophers will have enough offense this week to win the game. Minnesota 31, Air Force 27.

I know where Fresno is! It's in the middle of nowhere! Actually it's about in the middle of California, in an agricultural region, and it's supposedly a pretty awful place. So when they go to Madison and get beat, they'll be used to awful. Wisconsin 28, Fresno State 17.

And I'm finally going to disagree with you, Benster. Southern Cal may not have anyone you've ever heard of on the team, but they always have better athletes than just about anyone. And besides, Jim Tressel really needs to lose the lame sweater vest. He looks like a substitute math teacher. And the math is against the Buckeyes this time. USC 34, Ohio State 20.

Vikings (-4) vs. Cleveland Browns. To put it straight to you Queens fans, Brett Favre is really playing for you guys just to stick it to the Pack. And he's going to have a miserable day and prove that coming out of retirement is not a good decision. I'm calling the upset here: Cleveland 13, Queens 10.

Well, I'm very proud to see that my son has learned to disdain the locals! Having said that, I don't see any way that the Cleveland Browns, as currently constituted, can beat the Vikings. Here's the story, of a man named Brady, who was busy getting sacked by Jared Allen. Vikings 27, Cleveland 10.

Chicago da Bearz (+3 1/2) vs. Glorious Green Bay Packers. I'm the zookeeper that is the NFC North. I'm sorry to say that a Bronco came into the Bear pit and has a bad attitude. And it looks like da Bearz want to kick the Packers where it hurts. Except the leader of the Packers squad will torch the defense of da Bearz. I might add that their middle linebacker is overrated and you remember what happened the last time da Bearz went to Lambeau. Meat Packers 40, da Bearz 0.

That pick ought to get a rise out of Gino! I dunno, Benster. The Packers have looked pretty good in the preseason, but so have da Bearz. I do like the beloved Green and Gold at home, though. Green Bay Packers 31, da Bearz 21.

Detroit Lions (+13) vs. New Orleans Saints. The last time the Lions won, Barack Obama was still in the U.S. Senate, George Bush was president and Matthew Stafford was getting ready for the senior prom. I put a picture of Bobby Layne with this post, because the last time the Lions were any good, he was the quarterback. And Barack Obama wasn't even born yet. The Lions have a horrendous defense and the Saints feature my dominant fantasy league quarterback, Drew Brees! The Saints are going to go marching in and dominate. Saints 63, Lions 0.

Mrs. D just suggested to me that Benster is confused and is picking the Florida State game, based on that score. The Lions are allegedly a professional team, all evidence to the contrary notwithstanding. They will be better this year. And they may even win a game. But it won't be this week. Saints 34, Lions 17.

Anyway, we'll compare the results and then see how we do. My dad, as usual, is going to lose this competition. But I, the Benster, am ready to begin gloating anytime now.

I've noticed that the Browns beating the Vikings has become the chic upset pick. Both Patrick Reusse and Chris Berman also picked Cleveland to win.

I just have a feeling it will be one of those ugly Viking wins, but I'll take it!

i'm with brad. the Purple Favres will take it, but thats also because the only guy that matters wont want to let his glorification take a back seat so soon in the season.

my how you've changed, ben. last time we met i could've sworn i saw you wearing a bears cap.

you may need another one after sunday.

as for USC. they are starting a freshman at QB. i'm sure he's a first rate freshy, but still, no freshy is ready to play like a senior. its just physically not possible.
this tells me their program is having some sereious issues.

Wisconsin wins by 10ish, but Fresno holds it close in the first half.

The Vikings handle the Browns easily, winning by at least a touchdown.

The Packers roll the Bears setting off yet another Chicago quarterback controversy. Two touchdowns.

Detroit and New Orleans manage to get their game noticed by more than three people, blowing away expectations.

Way to go, Ben! You nailed the halftime score of the Vikings-Browns!!

Regarding Favre, he wasn't asked to do a whole lot and he delivered. lol

But once the Vikings get past this initial three-game stretch, Favre is definitely going to need to do more.

Some observations from the Packers-Bears game last night:

The Vikings defensive line has got to like it's chances against both of these teams.

Jordy Nelson does a great job catching kicks, but not passes.

You don't pay long-snappers to think.

If Walt Harris and Atari Bigby ever had a head-on collision it would take two hours, or a pair of shears, to untangle them.

Jay Cutler's mouth looks as if someone just pulled the pacifier out of it.