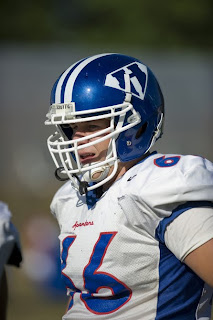 College football is just about done with the regular season, but now we get to see the advantage of the BCS. BCS stands for Bad Computer Software! What do you think Dad?

I'm not sure, Seabiscuit. What should I think?

Anyway, let's get down to business. I like the way you ducked that one, Decrepit.

Army Cadets/Black Knights (+14) vs. Navy Midshipmen at Philadelphia. Hey, Cadets and Mids -- can you FEEL THE HYYYYYPPPPE! Gonna visit the bars? Then see which service academy is better?

Uh, Ben, sorry to interrupt, but the service academies have a code of conduct and I'm guessing they won't be doing too much carousing before the game.

Whatever. Anyway, back to the game. Navy beat Notre Dame, which isn't as big an accomplishment as it used to be. But it does mean something. Army is an okay team, but they're a long way from the days of Mr. Inside and Mr. Outside. These days, they're almost always on the outside. Looking in, that is. Mids 40, Cadets 21.

So you still have the HYYYYYYPPPPE machine going, young fella? Ah, that adolescent thing is so soothing, isn't it? Weep for me, America. Anyway, I think the Mids will win the game, too. Navy has had the better of this rivalry for the most part for rather a long time now. Navy 31, Army 14.

Cincinnati Ochocincos (The Artists Formerly Known as Bungles) (+6.5) vs. Minnesota Vikings. For all those Spanish speakers out there, Chad Ochocinco really means "Chad Eight Five." The dude really needs to take a remedial Spanish class. It should be Ochenta y Cinco, but he apparently didn't have his head screwed on right. Minnesota got its butt handed to it by Mr. Warner last week and Cincinnati is going to do the same thing. Throw the ball to Ochocinco in the end zone. I want him to steal Ragnar's horn. Linguistically Challenged 50, Vikings 17.

Uh, no. Nice point about Mr. Ochocinco's lack of chops in speaking Spanish, but otherwise I don't know what you're thinking, Grasshopper. The Vikings are actually now a desperate team at home. That's the winning formula, as we've learned. Watch for them to bounce back, although it won't be easy. Vikings 27, Bengals 20.

Glorious Green Bay Packers (-3) vs. Bear Down Chicago da Bearz. Gino, I've got news for you, pal. Jay Cutler reminds me of a combination of Ryan Leaf and Rex Grossman. Jay Cutler could probably do just as well as Jay Glazer, or maybe Jay Leno. Anyway, Matt Forte also reminds me of former Packer great Keith Woodside, except not as good. Without Mr. Urlacher, the Swiss Cheese that is da Bearz defense will get torched by Mr. Rodgers and the Land of Make Believe. Packers 90, da Bearz 10.

So your sister Fearless Maria is sitting over in the other room saying, "Ben, that's not going to happen." She's also suggesting that you need to expand your vocabulary and stop using "meanwhile" so much. Da Bearz were looking pretty good earlier in the season, but that's gone now. As for our green-clad heroes, things are looking better. But not 90-10 better. Packers 31, da Bearz 16.

Motor City Kitties (+13 1/2) vs. Baltimore Edgar Allen Poes. Well Detroit, I assume you know what I think of your so-called professional football team. Baltimore is coming off a disappointing loss to the Packers in Mr. Rodgers' Neighborhood. Even with a short week, this game is going to be a piece of pie. Mr. Poe 50, Common House Pets 16.

We've seen the Ravens and the Lions in the last two weeks, and based on that, I can safely say that neither team is especially impressive. We'll give the Ravens the nod based on home field advantage and the common sense of knowing that the Lions just don't win very much. Ravens 24, Lions 21.

Oregon High School Football Championship: Hillsboro High vs. Jefferson High. Okay, I don't know anything about these teams. I have never even heard of these high schools. Dad made me pick this game because his pal Chuckwagon Boy lives out in Oregon and his kids attend Hillsboro High. So I'm picking Hillsboro. Hillsboro 3, Jefferson 0.

I'll be honest, I don't know anything about these teams either. But let's hear it for Hillsboro High! Hillsboro 24, Jefferson 17.

New Orleans Saints (-10 1/2) vs. Hot-Lanta Falcons. Since Decrepit made me pick that weird game, here's a more normal one. Something's cookin' on the bayou! The Saints are led by fantasy star extraordinaire Drew Brees, my man. Atlanta is probably going be without my other fantasy league stud, Michael Turner "The Burner" and their QB, Matt Ryan. Hate to be you, Chris Redman! Saints 102, Hot-Lanta 7.

I'm not sure there's even enough time in a game for a team to score 102 points, Youngblood. But given your propensity to pick absurd routs, this one was destined to happen. Here's what I don't get -- if you wanted to pick a normal game, why did you pick one team to score 100 points? I'm just aghast. Oh, and the Saints will win. But not by 95 points. Saints 42, Falcons 24.

Anyway, if you're going to pick a team to score 100 points, pick the Saints! Ben out!
Posted by Benster at 9:39 PM

the bears are desparate for some respect, and at home, i suspect the score will be a lot closer than you think.

Interesting factoid about the Oregon 5A championship game...I believe the Jefferson in question is Portland Jefferson. If that's the case, their high school teams are called the Democrats. FWIW, Hillsboro are the Spartans, which is a little disappointing.

I suspect that Gino is right. I'd pick this one more along the lines of 21-20, Packers win (I hope.)

Ordinarily I'd agree with you about the Bears. Based on what I've seen lately, they look like a spent force. And Cutler looks absolutely lost. It's astonishing, actually. The thing about Lovie Smith's teams is that they were always well-prepared and fundamentally strong. This team, not so much. Not sure what's changed, though.

BTW, do me a favor and vote on Guilty Pleasures -- Maria would appreciate it!

mr d: i been told, from a very savy football source, who got it from an even savyer football geek than he (in chi) that he's never seen anybody who can get so much from as little as lovie can. but this year, he has even less than he's ever had.
that basically, the bears only have about 7-8 start-worthy players. the rest all suck.

look for jay to open up long, and then grind it out on the turf for a while, and then shoot long again. i think thats our new game plan.

he's never seen anybody who can get so much from as little as lovie can.

I can believe that. In 2007, the Packers finished 13-3. Two of their losses came courtesy of the Bears.

Thank you Mr. D and Benster for picking the 5A Oregon State Football Championship Game! Mike was right in that it was the #1 Hillsboro Spartans against the #10 Portland Jefferson Democrats.

After the first 1 1/2 quarters it became a very physical match-up, but the Hillsboro Spartans were victorious by a score of 20-6!

This is their 3rd State Championship with the others being a lonnnnnnnnng time ago - 1966 and 1973.

Go Spartans & again thank you for the mention!