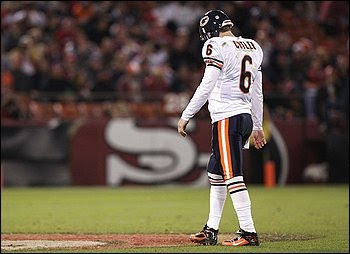 Remember, Dad? You told us to switch this week. Benster will be doing Guilty Pleasures and I'm doing picks! And people, do not laugh, because I know a little bit about football!

I don't doubt that, Maria. I've long known that when it comes to the fantasy football team that you and Ben have, you're really the brains behind the operation, right?

No, I barely do anything. I only help out when it's necessary.

See, that's leadership, Maria! You just proved my point. Anyway, should we pick the games?

Sure thing. First, let's start out with this one:

Seattle Sea Ziploc Bags (+14) vs. Glorious Green Bay Packers. I hear that the Seahawks are okay and obviously I know that the Packers are very good, but I am on the Vikings side of the family. That doesn't mean that I hate the Packers, though. Green Bay 35, Seattle 8.

Well, you're a little nicer about this than your brother! That's good, because sometimes I just shake my head when I see the picks he makes. Anyway, the Packers need this game to ensure a playoff position and the Seahawks are not really doing very much these days. So I suspect you are about right, Miss Maria. Green Bay 38, Seattle 17.

Tampa Bay Creamsicles (+14 1/2) vs. New Orleans Saints. On our fantasy football league team, we have Drew Brees. And I already know that he is seriously very, very, very good. Maybe one of the best quarterbacks in the National Football League. So I predict that he will lead the Saints to victory. New Orleans 56, Tampa Bay 6.

Hmm, now you're starting to pick the games like your brother. Not that you would be wrong this time, because the Saints are very good and need to keep winning, while the Tampa squad may be only the 4th best team in the state of Florida, assuming that the Gators could probably give them a game. I like the Saints to win big, too. New Orleans 40, Tampa Bay 13.

Motor City Kitties (+12) vs. San Francisco 49ers. Well, the Lions are terrible, as I've seen in previous posts. So terrible, in fact, that they haven't even won 4 games yet. So Lions fans -- seriously, why are you rooting for this team? They're terrible! They probably sell overpriced merchandise just to make any money, because no one would buy a ticket to see them lose! San Francisco 28, Detroit 3.

That's actually possible, Maria. The Lions are trying, really they are, but they don't have a lot of talent. The 49ers have at least some and they have a chance to get back to even for the year if they win this one and the next game. That's progress. I think they'll make progress this week. San Francisco 31, Detroit 16.

Minnesota Vikings (-7) vs. Bear Down Chicago da Bearz. Ben told me that I have to rip on da Bearz. So I am sorry, Gino and Rich, you don't get the week off from abuse of your team. And now, come on down to Fearless Maria's Restaurant! Today on the menu there's a cheese and pickle sandwich and the famous Jay Cutler Cold Cut Sandwich! Mmm, wow, we've got a full house today, because the Vikings defense (3 Guys and a Mullet) are here. And they all want the Jay Cutler Cold Cut Sandwich! That's no surprise! And it would be a big surprise if da Bearz won this game. Victory Vikings 32, da Bearz 17.

I'll have to visit that restaurant some time, Maria. Anyway, what will be interesting here is that Brett Favre, long famous for being a cold weather quarterback, hasn't been playing very well in the cold lately. In fact, the last time he was in Chicago he played very poorly. This time he has a better team with him, though, and da Bearz are worse. So I think the Vikings will win, but it won't be easy. Vikings 24, da Bearz 20.

Dude, do you really think the Vikings are only going to win by 4 points? They've got the legendary Adrian Peterson! He always makes sure the game ends with a good score! And I think this post is going to end pretty soon, too. Oh, but Dad, one thing?

We need a song!

I like this one better. But that's okay. Merry Christmas everybody!
Posted by Mr. D at 7:16 PM

your giving the bears too many points on this one.

I thought this was the Packers' fight song.

(Thought I'd better get my dig in before the Cowboys remember they're supposed to lose in December...)

Uh, Dan, I seem to remember the Cowboys losing to the Packers earlier this year. Until your fellows learn how to score something other than a consolation touchdown in the 59th minute against my Packers, your shot is summarily rejected. Now go away or I will taunt you again a second time.

trading blog shots with a cowboys fan is like petting dogs at petsmart.

(we'll see if stover reads me, or not, with this one)