I am beginning to suspect that a few people among the commentariat are a little concerned about our governor. My previous post offered a picture of Mark Dayton from the Star Tribune that's frankly a little frightening. Meanwhile, MPR News offers this image: 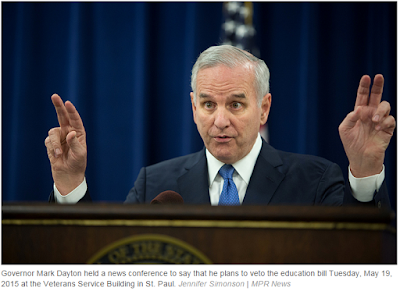 That's a bit less than flattering, too. I would imagine that the editors at the MPR News website had a choice of multiple images of the governor that they could have posted. They chose this one. 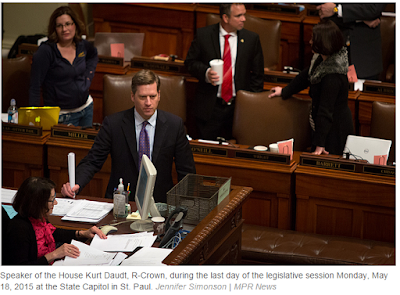 No goofy expression on this one -- just an earnest man and a bottle of hand sanitizer, in medias res. Are they telling us something?
Posted by Mr. D at 5:56 AM

They're telling us that Glen Taylor owns the Strib now.

True, but these are from MPR News. That's what makes it interesting to me.

Not even MPR can hide the fact that we have a sockpuppet in the governor's mansion, I guess. Would have been nice if we would have been told this in 2010 or 2014, I think.