Benster and D Pick Your Games -- Baby It's Cold Outside Edition

We're here. See, we're here. We ordinarily like to get this feature up on Friday, but nothing was happening today -- seriously, did you want us to pick the freaking Camellia Bowl?

Gino is a big fan of the Camellia Bowl. Didn't you know that?

Makes sense -- I hear all the bowl officials from the Camellia Bowl needed to post bail at some point. Thankfully, we are back from being on assignment and now we're ready to unleash the HYYYYYPPPPE!

About that hype. . . I think it's frozen and sitting in a snowbank.

No, old dude. It is on FI-YAH! I'll admit it's cold outside, but not that cold. And it least the HYYYYYPPE! isn't as creepy as this:


No kidding. Let's not even think about that travesty.

No reason to do it, Metamucil Man! Watch me work!

Indianapolis Colts (+5) vs. Minnesota Vikings. This is why they built that big stadium. The predicted high temperature here in lovely Minnesota is as follows: 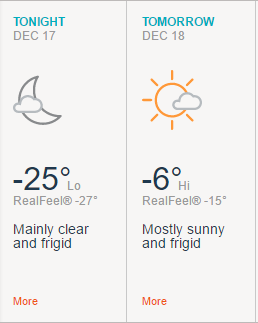 Somewhere, you can hear Bud Grant saying, don't worry about it! Instead, it will be toasty warm in Ziggy World, where the DFL politicians will look on from the luxury boxes in great comfort. As for the game, even if Adrian Peterson suits up, the Colts a sneaky good team. They have been playing better lately and Andrew Luck will probably have time to throw, at least some of the time. Colts 27, Vikings 13.

I get your thinking. I don't happen to agree with it. The Vikings will probably not use Peterson that much this week, but he'll get a chance to shake the rust off, at least a little bit. The key to having him is that defenses can't commit so many players on the back end, which should open things up for Sam Bradford, at least a little. That's probably enough to make the difference against a still suspect Colts defense. Vikings 27, Colts 13.

Glorious Green Bay Packers (-5.5) vs. Bear Down Chicago da Bearz. I'm going to be straight with you guys -- this game makes me very nervous. It is going to be a very cold day in Chicago and I have no idea how much mobility Aaron Rodgers is going to have. Da Bearz are a better team than their record would indicate, and they already played the Packers tough in Lambeau earlier this year. I still think the Packers are going to win, but it's going to be a very tight game. Packers 19, da Bearz 17.

That actually sounds about right. On paper, the Packers are the superior team, but I too am nervous about A-Rodg's mobility. The Bears are getting better at rushing the passer and I think the Packers offensive line is still banged up. I think it comes down to a big play on defense, and the Packers are more likely to deliver one. Packers 21, Bears 16.

That seems like enough for this week. We could pick the Lions, but we're too busy watching the Camellia Bowl to research that game. Ben out!
Posted by Benster at 7:51 PM