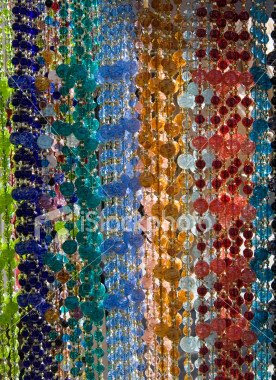 Sometimes nostalgia is overrated. It's been a long time since I spent a lot of time out clubbing on a Friday night and, to be honest, I don't miss it very much. It's very much a young person's game.

For the most part, I remember avoiding dance clubs. Things were especially dismal at my alma mater, Beloit College. There you typically had a choice between the campus pub, an iniquitous dive misleadingly named the Coughy Haus, where the air was chokingly thick with smoke and the music veered wildly between extended Grateful Dead jams and stuff like Flipper, depending on which bartender was on duty. You could theoretically dance there, but those that tried typically had their feet stick to the floor. And it's awfully hard to dance to Flipper.

There was another reason it was easy to avoid dance clubs. Frankly, there weren't any. The other bar that Beloit students typically went to was Goody's, a classic Wisconsin tavern that had a great jukebox filled with solid gold hits from the 1960s, cheap beer and slightly oddball versions of bar activities, including a vintage shuffleboard table and a bumper pool table. We liked Hemingway in those days and we considered it a clean, well-lighted place. But it wasn't exactly a festival of 80s zeitgeist. So the young coeds who wanted to dance were mostly stymied. Except for one semester, when we had the Dim Sum Room.

You couldn't make this place up. The local Elks lodge had a large upstairs space that for some reason they had decided to turn into a Chinese dim sum place, complete with rolling tea carts and the whole shebang. It was a short-lived experiment, since no one in Beloit had any idea what dim sum was. To make a go of it, these entrepreneurial Elks also decided to flex their liquor license and open up the place on the weekends. They hired a Beloit student to spin records. And so, for the winter of 1983, the coeds had a place to dance.

It was a strange place indeed, festooned with strings of hanging beads but otherwise with the ambience of an airplane hangar. But when the music would play and the coeds would dance, it had a certain twisted magic. And on Friday nights, I can still recall the mix of anticipation and dread upon entering this spare but kitschy kingdom. Some of the coeds were girls we wanted to know a little better, so we ended up hanging out, dimly, in the Dim Sum room.

As dance music goes, it wasn't bad. The student deejay was a New Yorker and had a pretty good record collection. He could keep it going most of the evening and a typical night might have sounded like this:

Baby Stay With Me Tonight

You Dropped a Bomb on Me

Save It For Later

Don't You Want Me

The Look of Love

ok, mark.
i am now impressed.

never in a mil would i suspect that you knew flipper.

nobody knows fliper who wasnt 'there',dammit.
so, how you know flipper?

I wasn't there. But I knew people who were. Probably a dozen Californians were at Beloit when I went there, including a guy from Irvine who was something of a nemesis of mine (that's another story).

I'm assuming he was "there," because when he would tend bar in the C-Haus he would play Flipper, the Minutemen, X and all sorts of other stuff of that sort. I wasn't crazy about Flipper, but the Minutemen and X have their charms. But I sure remember Flipper. "Sex Bomb" was a recurring theme back then.

ya wanna know the 'scene' a lil better.

its all there.from ground zero.

After reading this post. That sure does bring back some hazy memories of the Coughy Haus and Goodies. The shuffleboard table ended up at a good friends next door neighbor. Every time I go home to visit we go to his neighbors to play.