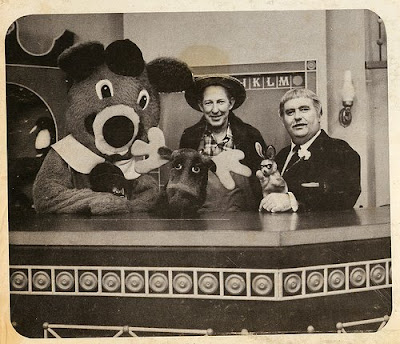 The game schedule is diminishing further. But we'll pick what we've got:

Kimberly Papermakers 41, Marshfield Tigers 14. It's the state semifinals in Wisconsin, so in theory the opponent should be pretty good. I even imagine that the Marshfield Tigers are pretty good. But Kimberly is applying a terrifying smackdown on everyone its path. That doesn't stop this week.
ACTUAL RESULT: KIMBERLY 40, MARSHFIELD 7. I don't think the Papermakers are worried about either Verona or Sussex Hamilton, next week's opponent. Pretty amazing, really.

Wisconsin Badgers 31, Minnesota Golden Gophers 17. All of a sudden this ancient rivalry is getting hot. It's pretty clear that Brett Bielema and Tim Brewster don't like each other very much and there's already been a lot of smack talk this week. The game will get settled on the field and I think the calculus comes down to this: without Eric Decker to stretch the field, the Gophers have offensive issues, even though Adam Weber might be the best quarterback in the Big Ten. Meanwhile, the Badgers now have two excellent running backs in P. J. Hill and John Clay. The Gophers defense has improved, but not enough to win in Madison.
ACTUAL RESULT: WISCONSIN 35, MINNESOTA 32. The axe stays in Madison. Barely.

Green Bay Packers 21, Chicago Bears 16. I'm not really confident about this pick at all, but I get the sense that the Packers are due for a better week. The Bears really dominated the lines of scrimmage the last time these two teams played and there's a chance that could happen again. But I think the Packers will learn from what happened last week. And even if it were the 1985 Bears against the 1976 Packers, I still wouldn't pick the Bears. Just can't do it. Just won't do it.
ACTUAL RESULT: PACKERS 37, DA BEARZ 3. I know this result won't make Bear fan Gino feel any better. But it warms my evil little heart rather a lot. Lotsa Lambeau Leaps in this one, too, which is always a welcome sight. And meanwhile, there's a real logjam at the top of the NFC Norris, because. . . .

Tampa Bay Bucs 24, Purple Helmeted Love Warriors 13. Adrian Peterson is a wonderful back. But the guess here is that the Bucs get up early and the Vikings are forced to rely on Gus Frerotte to win the game. That never seems to go well.
ACTUAL RESULT: TAMPA BAY 19, VIKINGS 13. As I said, when you have to depend on Gus Frerotte to win the game, it doesn't go well.
Posted by Mr. D at 5:34 PM

this game will matter.
from my limited recollcetion of history, that makes the bears the odds on favorite.

maybe this game wont matter in the end.

From a cheeshead's perspective, this weekend couldn't have turned out better. Pack thumps the Bears and Bucky keeps the ax. For good measure, the Queens lose in Tampa.

I hate to break it to the Minnesotans who regularly read this blog, but the Vikings and Gophers have proved on to be pyrite. They've looked like gold at times, but in the end, the apparently lustre has been something decidedly different.

It will be interesting to see how both teams from the land of 10,000 lakes respond next week. The guess here is that Iowa will put the final chapter on the collapse, and the Vikings will continue on their road of inconsistency. Flip a coin for the Vikings, dig a grave for the Gophers season.....