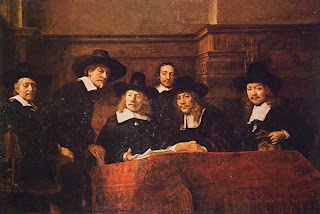 Looks like all those forlorn Democratic operatives are starting to wipe the dust from their eyes and are now emerging from their covens along the Potomac. So far the prospective Obama administration has more retreads than Bandag. Tom Daschle! Eric Holder! Hillary Clinton! Rahm Emanuel! Hey, we're getting the band back together!

In some respects, none of this is especially surprising. One of the main bones of contention surrounding the President-elect's campaign was his lack of experience, so it would be churlish to deny him the opportunity to avail himself of some experienced Washington hands. Every president needs people around him who know what's going on, because there's simply too much information for one person to process. And while the old Clinton hands aren't the people I want running the government, there are worse people that Obama could have chosen. It's not as if he's named Ramsey Clark as attorney general, or William Ayers as secretary of education. So far, at least.

I am amused at how retrograde "change" turns out to be, though.
Posted by Mr. D at 8:38 PM

Word is that he wanted to bring back Hamilton Jordan ("Jour-dan"), but he is dead.

Political payback is occurring. Hillary wouldn't have campaigned without some kind of consideration. It doesn't look like the agent of change is going to change much in Washington. He surrounding himself with more cronies than Dean Martin did as his celebrity roasts.

Nipsy Russell as Secretary of Offense!

I like the Nipsey Russell selection very much, NW! I was going to suggest Red Buttons for Agriculture because he never got a dinner.

Foster Brooks. Are any of these guys even alive anymore?

Jonathan Winters was on a lot of those and he still is. I don't think the rest of them are, though.