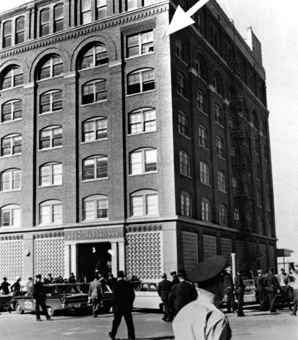 So the NTSB came out with its report on the 35W bridge and the report said the same thing that the preliminary reporting said. The bridge had a faulty design and was ultimately doomed. The construction equipment on the bridge simply delivered the mortal blow. Nowhere was it suggested that the Pawlenty administration, or MnDOT commissioner Carol Molnau, had any responsibility.

Star Tribune columnist Nick Coleman has written incessantly about the bridge collapse and his columns have consistently suggested that somehow Pawlenty and Molnau were to blame. Now that the official report has come out and utterly undercut Coleman's long-held thesis, one might think that the reasonable response would be to either (a) apologize for being wrong or (b) simply slink away and go back to bashing Archbishop Nienstedt or something else on his usual to-do list.

But if you thought that, you'd be thinking that Nick Coleman was capable of a reasonable response. And he's long since disabused us of that notion.

This is grassy knoll stuff. Has it occurred to Coleman that maybe the reason an independent firm and NTSB came to the same conclusion was that it was the correct conclusion? And surely Coleman knows that, by now, the wreckage has been examined. And even after the examination, the gusset plates are still the culprit? I suppose it's possible that maybe Clay Shaw and Santo Trafficante conspired with Karl Rolvaag to plant the gusset plates, with the help of the Bavarian Illuminati, who count among their members the suspiciously named Frau Carol Molnau. It's a theory that makes as much sense as anything that Nick Coleman is proffering at the moment.

Nick can believe that the government doesn't spend enough money if he wants. That's a defensible opinion. Blaming Tim Pawlenty and Carol Molnau for the bridge collapse is no longer defensible. Then again, I'm not sure too many people would be able to defend Nick Coleman's continuing employment at a major metropolitan newspaper, either.
Cross-posted at True North
Posted by Mr. D at 2:22 PM

Mr. Laura Billings makes me sick. He has been so desperate to hang this on Pawlenty that he has become a parody of himself. I am not surprised that Coleman doesn't let facts get in the way of his...well, his vendetta for lack of a better word.