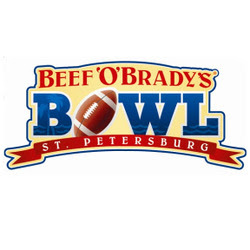 We're running out of college football games, Decrepit! But pretty soon the bowls will begin and the highly inspirational Beef O'Brady's Bowl will take place. I can't wait to see Louisville and Southern Mississippi duke it out over some tasty Beef O'Brady! Can you feel the HYYYYYPPPPPEEE!

No, youngblood -- I gotta be honest with you. I'm not feeling it.

Yep, and a game between Louisville and Southern Miss would be pretty boring, too.

It's 10 days away, old dude. Try to get yourself psyched up, okay? In the meantime, don't worry. I've got other assignments for you. Now it's time to make some picks. Watch me work:

Army Black Knights (+8) vs. Navy Mids, at Philadelphia. Mrs. D always likes this game, because the fans are dressed up in their nice uniforms and don't have body paint on themselves. That's because these future military leaders have to deal with drill sergeants at 6 a.m., unlike kids from other colleges, the jackwagons! Anyway, these young men are going on to do good things, unlike the BCS, which is EVIL EVIL EVIL, I tell you! Mids 35, Cadets 21.

I knew you couldn't resist a BCS dig. Both Army and Navy are going to bowls this year, which would be a nice thing, except that there are approximately 2,475 bowl games this year. In fact, chances are you personally are playing in a bowl game and just don't realize it yet. Navy has won this game pretty frequently in recent years and I don't think that will change this time. Navy 31, Army 24.

New York Football Giants (-2 1/2) vs. Minnesota Down Goes Fraziers. Is this the day that Brett Favre doesn't answer the bell? He has a shoulder injury, which makes it very hard to throw the football. Now mind you, the way Favre has been throwing the football lately, we might not be able to tell the difference. So it could be T-Jack Attack. Can he handle the Giants? Will he be out of luck against Justin Tuck? Yes. Andre the Giant 30, T-Jack Attack 20.

I haven't heard what Favre's status is -- he could be a game time decision. Of course, given the fact that we are predicted to get about 726 inches of snow this weekend, the entire game might be a game time decision. But I digress. I'm not sure it does the Vikings any good to play the old guy anyway -- they need to know if T-Jack can handle the job. The Giants are a very good test. The guess here: T-Jack surprises a few people. Vikings 27, Giants 20.

Glorious Green Bay Packers (-6 1/2) vs. Motor City Kitties. Well, in a couple of weeks I, the Benster, will be in Lambeau to watch the Packers play the Giants. In the meantime, the Packers have to go to Detroit. What a thrill for them! The question for me is which Packer team shows up. Is it the one that showed up against Washington and Miami and stunk up the joint, or the team that knocked two NFL coaches out of a job. It won't be easy, since the Lions are capable of hanging with teams, but they seem to run out of gas at the end. Packers 20, Lions 19.

The Lions are getting better. Despite the 2-10 record, they have some guys you have to plan for, especially Calvin Johnson and Ndamukong Suh. But they are playing their 3rd string quarterback and the Packers are going to be plenty motivated. I suspect it will go well for the boys in Green. Packers 35, Lions 17.

New England Benjarvus Green-Ellises (-3) vs. Bear Down Chicago da Bearz. Strangely enough, some of the kids in school have been calling me Benjarvus Green-Ellis, even though I don't have an NFL resume or really cool hair like that guy. But it's cool with me. I have to wonder if New England has enough left in the tank after Monday's demolition of the New York Jets. The Bears are a Jekyll and Hyde team but they've been very good lately. The game is in Chicago, which will help, since New England never loses at home. Sorry Gino -- I have to pick the Pats for standings reasons. Benjarvus Green-Ellis 90, Dit-ka Dit-ka 0.

Uh, no. I think the Patriots could win. And I'd really like it if they did. But I'm very worried about this one. The Pats are certainly due for a letdown and the Bears seem to have found something lately. You can move the ball on the New England defense and I suspect that the Bears will move it. I hate this pick, but here it is: Bears 27, Patriots 24.
Old fella, I think you need to run me and Fearless Maria up to Beef O'Brady's one of these days so I can have me some buffalo wings or Beef O'Brady or something. I bet they serve haggis, too. Ben out!
Posted by Benster at 7:22 PM

mark, i so hope you are correct.
i'm feeling very aprehensive about this week, and i think who ever is playing the lions needs to be, as well.

the lions can hurt you if you let them.