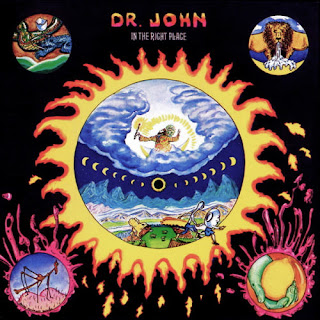 Fearless Maria is in the house and she's ready for action and another edition of Guilty Pleasures.

Happy holidays to all and to all a good night! But don't go to bed before we finish the post! Sleepin' on the job? Tsk, tsk! And even if you're not fully awake, we'll wake you up with some really weird people we have on this time, right Dad?

Yes, I think we can bring the weird this time, Maria. We're going to take a look at the Rock and Roll Hall of Fame's Class of 2011. Two of the inductees are music industry executives, Art Rupe and Jac Holzman, who weren't musicians. But the rest are famous rock and roll musicians and all have done some familiar songs.
Familiar to you, Dad. And we all know that you're not with the newer program. Don't take offense on that, but let's face it, you aren't up on the new music. KQRS and KDWB are a lot different, you know!
True. One plays old tunes, the other plays AutoTune. But since we're looking at the Hall of Fame inductees, it's pretty much a given that everyone we'll show this time is old, right?
Dad, when you're almost 11 like me, everything is old! Or at least everything I hear in your car, except the turn signal! That's noise from 2007, when the car was built, I think!
Indeed. So are you ready to go back and look at some old stuff?
Sure -- let's jump into the retro time machine and hope it doesn't malfunction like the last time, when I secretly looked back at your closet when you were my age. I didn't think they even had colors like that in nature!
You can do marvelous things with polyester, my dear. As we'll demonstrate tonight. First, let's go back to about 1965 and enjoy something that's not very strange. It's Darlene Love, at the helm of the Crystals, singing:

Well, if you don't like this song, you're certainly a bit of a rebel yourself, right Dad? I know you like the go-go dancers in the background. The clothing looks okay -- not too weird but since it's old film I can't see if it's in weird colors like you had in your closet in 1974!
Yep. A lot of these girl groups were somewhat interchangeable back in the day -- the record might say "The Crystals" on it, but it might actually be someone else. But Darlene Love's voice is unmistakable and was perhaps the best of the singers of that era.
She's good. But what's next, Dad? It can't be Darlene Love of the Crystals, right? Is it Sharlene Hate of the Lava Rocks?
No, but it's someone else who emerged from that Brill Building era to have some hits in the 1960s. It's a guy who's had a very long career in the music business, Neil Diamond:

Neil forgot how to rock later on, but back in 1967 he could do it. What do you think, Maria?
Well, what a surprise! He actually looks respectable, like a normal man doing a normal song in a normal building, unlike some other people we've had on Guilty Pleasures that ate a weird hamburger with weird patties and weird tomatoes and ketchup before their performance, which made them look like they came out of a trash can! Or at least a costume box! And I thought the song was pretty cool -- maybe the Food Network would like to play it. But I'm not surprised you liked it, considering you eat cherry yogurt so much, Dad!
Neil Diamond has never had much to do with my yogurt consumption, Maria. But that song gives me less indigestion than some things he recorded later on. Shall we move on?
Sounds like a good idea, Dad. So far we've had crystals and diamonds, so what do have next? Is it some guy named Jared? Or is it a girl named Kay?
No, it's time to put the jewelry away. We're now up to the early 1970s, where things started to get a little, shall we say, weirder.
I know the 70s are weird, Dad! I've have plenty of experience with that, especially when we went to the Rock and Roll Hall of Fame earlier this year! I never saw so much ruined fabric in my life! There were a few nice dresses that people like the Crystals wore that looked okay, but wow, there was some weird stuff there!
Okay, this guy was a little weird. He's in more as a sideman, but he had a few hits of his own, too. It's Leon Russell:

Dad! Dad! Get the phone! Call 911 and tell them that we found the missing member of ZZ Top! This guy has some hair issues, and I have to say that I don't find his circus clown outfit very amusing! Is he one of those evil clown dudes, Dad? Or is he supposed to be dressed as the Scooby Doo hypnotizing Ghost Clown guy? No wonder his girlfriend is blind -- who'd want to look at that! I do like the song, though -- he's a talented musician. But why do they all have to be so weird, Dad?
Part of the job, Maria. Part of the job.
But you're an advertising copywriter, not a musician, so how do you know this? What do advertising copywriters have to be as part of the job? Do you go into to the office and wear silly clothes to get inspired? I mostly see you wearing polo shirts.
I try not to frighten my boss with weird clothes, Maria. What do I have to be? Clever, I suppose. But we leave the cleverness to you around here. Meanwhile, if you thought Leon Russell was a little weird, we're going to up the ante a little bit right now. First, we'll go with someone you've seen before, our old friend Alice Cooper. But let's pick a different song this time:

Well Dad, I think they need to change the lyrics a bit! It's more like "the telephone is ringing, you got me half dressed, anticipating a shower to wipe off the mascara accident on my face." Or is he warning about talking on the cell phone when you're driving? Did they even have cell phones in 1971? I really don't think they did, because people in the 1970s didn't have any technology, but now we're just. that. coolio.
No, they didn't have cell phones in 1971, but Alice Cooper had a lot of people calling the authorities, I think. But you know what?
No, what, Dad?
I'll bet you'll think the next guy's outfit is scarier. It's the next inductee, Dr. John:

So, people, you know earlier I said the phrase, "coming out of a costume box?" Yeah, this is certainly where it is appropriate, in case, like, you didn't know the 10-foot long fuzzy chicken crest thing coming out of his hat? Or the sequined cowboy top he bought from "Fringe and Sparkles 'R Us?" Or the weird sequined dress on the background singer from Runny Rainbow Central? I think we were definitely in the wrong place for fashion, but the right time for music, because it's a pretty cool song. I also have another question -- why so many closeups of his mouth? Ads for bad dentistry?
I don't think he was representing Pepsodent Toothpaste at the time, if you know what I mean.
We have a tube of Pepsodent in the bathroom. Maybe we should send it to him?
That's a good thought. I actually thought his hat was a Flair Hair gone really, really wrong.
That was good, Dad, getting a plug for your website on the blog. You are a clever copywriter, aren't you? Just like you said!
Well, I gotta move the merch, sweetheart. Shall we move on?
Okay, sounds good. Is there any way we could get weirder yet?
Oh, sure. We could break out Tom Waits, appearing here on the old 1970s television talk show spoof Fernwood Tonight:
The Piano Has Been Drinking

Well, I'm guessing that Tom Waits isn't a role model for the anti-smoking campaign, is he? Why, I don't think the piano was drinking at all! And maybe that's why his car broke down in Toledo! Dad, he's not setting a very good example for the youth of America, like Gino does! The song is very funny, but not as funny as some of the posts on Mr. Dilettante's Neighborhood! Free entertainment for the good of the people, people! Okay, I'll admit it, Tom Waits is pretty cool, especially his Shrek performance. You know what, Dad?
No, what, Maria?
Maybe someone ought to offer Tom Waits a throat lozenge or something?
If he's not raspy, he's not working, Maria.
Well, okay. I'm just trying to help. Christmastime charity, you know! Now is that it, Dad? You said that Art Rupe guy didn't sing, right?
No, but he did discover Little Richard.
That's interesting. What did that Jac Holzman guy do?
He ran Elektra Records and recorded the Doors, among other things.
Don't hold that against him, Dad! I'm teasing. Anyway, I think it's time to ask our lovely, awesome, generous, great reader friends to vote for their favorite in the comments section! C'mon people, you know that Fearless Maria likes all her readers very, very much! Don't you, Dad? (Wink wink)
What's not to love? You heard her: let's get those votes in, okay?
Posted by Mr. D at 8:06 PM

good to see that maria's back in the house.

i'm casting my vote for alice cooper because i play his greatest hits cd quite a bit.

well I'm always going to be kind of partial to Tom Waits whenever he shows up in one of these lists, but this time around I'll cast a vote, in memorium, for Dr. John since he just left the building.