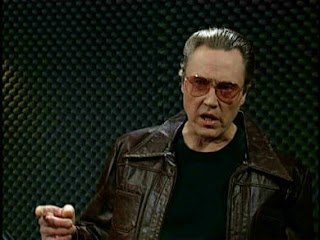 Okay, old dude, we've finally gotten the Beef O'Brady's Bowl and the Meineke Car Care Bowl out of the way, so we can finally start picking some bowl games that matter. Are you ready to feel the HYYYYYPPPPEEE!

Well, I wasn't feeling the Meineke Car Care Bowl, so I guess we can move on.

It's time. Watch me work:

Ticket City Bowl, in Dallas: Northwestern Wildcat Offense (+9 1/2) vs. Texas Tech Red Raid-uhs. When we last saw Northwestern, they were under the wheels of the Badger bandwagon, which rolled them over by a score of 70-23. So, is Texas Tech as good as the Badgers? Well, look at it this way: if they were, would they be in the freaking Ticket City Bowl? I don't think so, Decrepit! Cats 20, Raid-uhs 17.

I, for one, am pleased to see that a legal ticket scalping outfit (Ticket City) can sponsor a bowl game. Here's a guess -- I bet they couldn't get anyone to pay over face value for tickets to this lousy game. Northwestern isn't the same team without Dan Persa, so I think they'll struggle initially, but I do think that having a few extra weeks of prep time might be enough to make this game a little more interesting than it would have been otherwise. Texas Tech 27, Northwestern 20.

Outback Bowl, in Tampa, FL: Penn State Paternos (+7) vs. Florida Gators. So, let me get this straight. Joe Paterno is, like, 108 years old, but he's not the coach that is retiring after this game. Urban "Legend" Meyer is, because he can't stand life after Tim Tebow or something. Florida wins, enough said. Life After Tebow 7, Come to Penn State 2.

Well, that is strange when you think about it. Penn State has been up and down this year and the Gators have been very disappointing. I'm actually inclined to think that Penn State will do well and win. The few times I've seen Florida this year, they haven't impressed me very much. Penn State 24, Florida 20.

Gator Bowl, in Jacksonville, FL: Mississippi State Bulldogs (-4 1/2) vs. Meeshegan Wolverines. I see that Tate Forcier, who puts the force in Forcier, has been declared ineligible for this game because he couldn't hack the classwork in his arduous slate of jock-sniffing classes like "History of Football" and "Justin Bieber and Bobby Sherman: A Historical Comparison." Fortunately for RichRod, he has Denard Robinson, who actually got a B- in the Bieber/Sherman class. I haven't seen the Bulldogs much, but I do know two things about them: Old Dude's cousin Gerry is an MSU alum, and they really like cowbells. Fellas, I'm tellin' ya, you're gonna need more cowbell. Meeshegan 100, Cowbell 0.

This game will be interesting. The Bulldogs have been one of the better teams in the SEC this year, but they had the bad fortune of being in the same division with Auburn, LSU, Arkansas and Alabama. Had they been on the other side, they might have made the SEC championship game. What they haven't seen is someone like Denard Robinson, though. This one will be a shootout and although Michigan can't play defense, I think they can outscore the Bulldogs. Sorry, Gerry. Michigan 44, Mississippi State 37.

Capital One Bowl, in Orlando, FL: Michigan State Sparty the Spartan (+10) vs. Alabama Crimson Tide. The one thing I wanted Alabama to do was put Cam Newton in his place, but they failed. F-A-I-L. I'm sorry, but you never get on the Benster's good side if you F-A-I-L. So therefore I'm going to have to go with the team from the Big Ten. This is Sparta 300, F-A-I-L Tide 0.

Lots of reasons to pick the Spartans, actually. They feel like they got cheated by the BCS system and the rest of the Big Ten, and they'd love to pound a few lumps on Nick Saban, who abandoned East Lansing some years ago for LSU. Most years I'd assume Alabama is the better team, but I'm not sure I see it this time. Motivation may trump talent level this time, and it's not like Michigan State is bereft of talent anyway. Michigan State 27, Alabama 20.

Rose Bowl in Pasadena, CA: Texas Christian Horned Frogs (-3) vs. Beloved Wisconsin Badgers. Okay, so apparently Vegas thinks that TCU is going to out-speed the Badgers. You would think that they'd remember some history. Last year Miami was supposed to run rings around the Badgers, but instead they got their butts kicked pretty good by a huge Badger team that was fast enough to catch Jacory Harris and his fleet pals. Some more history: the Badgers have won the Rose Bowl the last 3 times they were there. They were told they were too slow against UCLA in both 1994 and 1999. But that wasn't true, either. The Badgers also put up 83 points against Indiana and 70 points against Michigan without having their best running back available. John Clay is now available for this game. And Scott Tolzien is the best quarterback the Badgers have had since Brooks Bollinger, the last guy to win a Rose Bowl for the Badgers. Badger Badger Badger 50, TCU 0.

TCU is very, very good. I'm not convinced they are 3 points better than the Badgers. If the Badgers break to the lead, they'll steamroll TCU like they've steamrolled everyone else lately. If not, game on. I still like the Badgers in this one, though. Badgers 38, TCU 31.

Fiesta Bowl, in Glendale, AZ: Connecticut Huskies (+16 1/2) vs. Oklahoma Boomer Sooner. Why the heck is UConn even in this game? I think the UConn women's basketball team would have a better chance against OU than their really mediocre football team. Michigan State, or better yet Boise State, should be here instead. The Big East may be the best basketball league in the universe, but they really stink when it comes to football. This is an absolute travesty, because the BCS is locked into more stupid rules than Brezhnev. And they don't wear cool fur hats like Brezhnev did, either. Boomer Sooner 300, Geno Auriemma Nation 0.

I have to agree with you about this one, Seabiscuit. UConn is a joke and doesn't belong in this game. There are many problems with the BCS, but because of the politics in the NCAA the Big East has a seat the adult table. The funny thing is that TCU is joining the Big East next year just so they can have a chance at dominating that league. And let's face it, who doesn't value a traditional rivalry like TCU vs. Rutgers? This game is Exhibit A regarding what is wrong with college football. Oklahoma should have no trouble here. Oklahoma 41, UConn 7.

We'll be back tomorrow, after the Badgers crush the Horned Frogs, to pick your pro games. Save your fire, Gino. One last thing -- I can think of a more deserving Exhibit A than the one the Geritol Fan pointed out: last year's Fiesta Bowl, when the BCS turned the game into a non-BCS showcase/leper colony. Can you say playoffs? Ben out!
Posted by Benster at 7:53 PM