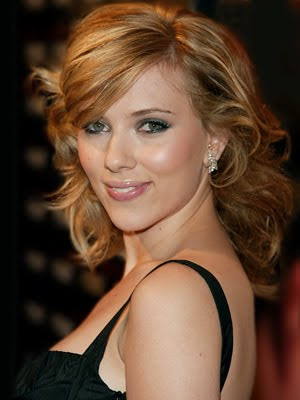 That's right -- I am in Appleton, Wisconsin. And I can feel the HYYYYYYYPPPPPPEEE!

Why would that be, Seabiscuit?

You have to ask, Decrepit? You know why. We're about 48 hours away from our visit to Lambeau! My goodness -- are you that slow on the uptake? Can you fog a mirror?

Oh, I suppose I could. I am excited about it -- it's been a long time since I've been to a game in Green Bay and it's going to be a lot of fun.

You got that right, Geritol Fan! But there's more: Uncle Mike, a/k/a the Stinger, is in the house and he wants to help us pick these games. What a Good Samaritan. He's going to Lambeau, too! But first we have some business to attend to. Watch me work!

Miami is not playing well lately and the young fella is right -- you could see Miami get De-Sparanoed pretty quick. The Lions are playing better and have now proven they can win on the road. Why not make a trend of it? Lions 17, Dolphins 13.

Stinger here. The Lions have been close all season. Unfortunately, I think they figured it out against the Pack a couple of weeks ago. The Lions are going to become a real problem over the next couple of seasons. As for the Fins, they have had ongoing issues at QB, and they have not played well at home this year. Lions 27, Dolphins 24.

New York J-E-T-S JETS JETS JETS! (+1) vs. Bear Down Chicago da Bearz. I have to give the Jets credit; going into Pittsburgh and winning is no small feat. However, Rex Ryan has been footsy-ing or whatever and he's in trouble again. That's not good for a team going to play on the road in a hostile environment. I would also venture to guess that not a lot of starters will be playing, because the Bears have nothing to lose. Dit-ka Dit-ka 35, Gang Green 20.

The Bears do have one thing to play for -- a first round bye in the playoffs. That matters rather a lot to them. I think they'll hold serve this week. Meanwhile, the Jets are a circus, but far less entertaining. Bears 24, Jets 17.

Stinger: I don't get the Bears. This should not be happening. They should not be NFC North champs. But, here we are. Anyway, the Jets have a lot of the pieces in place. And, I think if their secondary shows up, Trust Fund Kid (a.k.a. Jay Cutler) is going to have a bad day. So, mostly to be a contrarian, and because I think the secondary will show up, with a pinch of wishful thinking, I am going with the Jets. Jets 21, Bears 14.

Minnesota Nomads (+14 1/2) vs. Philadelphia Dog Loving Americans. So, we're sitting at Uncle Paul's house and there are dogs all over the place. We have two Labradors and a greyhound around. And they all insist that Michael Vick is EVIL EVIL EVIL. Evel Knievel, even! But the problem is that the Eagles are playing a bunch of dogs this week. The Vikings may not have Brett Favre back ever and they are bringing in dudes off the street to back up Joe (Jack) Webb. There's no way this Viking team can slow down Michael Vick, who may be MVP. PETA 100, Webbkinz 0.

I don't think the Vikings will have much of a chance in Philly, either. 14 1/2 points is a lot, but I suspect the Eagles will cover. They have a lot in front of them and the Vikings are playing out the string in an amazingly strange season. It will not end with a bang, but a whimper. Eagles 34, Vikings 7.

Stinger again: Take heart, Vikings fans. The odds are long that the Vikings will beat the Eagles on Sunday night. However, there are longer odds for the following:

-Benster acquires an Aunt Scarlett from me

The Vikings have given up, except for Brett Favre in his attempts to grab the spotlight. The Eagles, on the other hand, look like a team that's ready to make a serious run. With that in mind, Eagles 38, Vikings 13.

New York Football Giants (+3) vs. Glorious Green Bay Packers. After the Miracle in the Meadowlands Part II last week, the Giants are on life support and it doesn't get any better when Benster is in the House of Curly! Packers 90, All Hail the New York Giants 0.

Benster assumes that he'll show up at Lambeau, but the Giants won't. Doesn't work that way. This is going to be an excellent game and a tough one. The Giants will be coming in angry after what happened to them last week, but the Packers gotta have this one. I suspect Aaron Rodgers will play very well and that the Packers will get a touchdown from an unlikely source. Packers 24, Giants 20.

Stinger once more: I am not sure how the Giants are going to recover from that loss to the Eagles last week. Hopefully, the Packers won't give them a chance. This is going to be a tough game, and I think there will be several lead changes. However, I think the Packers pull this one out. Packers 27, Giants 21.

Aunt Scarlett...Benster could do a lot worse.

Uncle Mike, it's really unseemly to be begging. I'll see what I can do for you, though! Ben out!

Yeah, have another beer and pull that wedge on a little tighter, old fella.

It ain't over yet.

games and divisioms are won based upon performance against one's foes.

this Bears thing absolutely is happening.
as it should be.

And Merry Christmas, Gino -- sorry I missed your call; we were at a gathering at my stepbrother's house. I'll call you tomorrow!

My great aunt and uncle gave me a Vikings shirt for Christmas. What were they thinking? At least they didn't taint my childhood with any vile Bear merchandise. Go Packers!

you been back from tha game for several hours at least...

come on benster. dish it!

Since my Vikings have been irrelevant since about Columbus Day, I'm on the Bears bandwagon. Thankfully they still have something to play for this Sunday, which means they could knock the hated Packers out of the playoffs.

I'll be at Alary's this Sunday with many of the other Bears fans in the Twin Cities.

Carlson, you're a disgrace!

brad has a point.

and to another... i'm looking forward to having Mr D cheering the bears on soon. :)