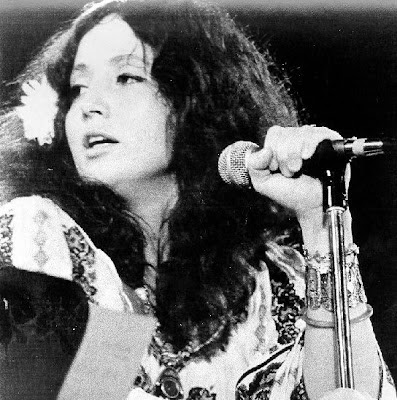 Heard from my former B of A protege Aaron the Hippie yesterday, who forwarded a link to an article from the ever-reliable Guardian ("We Want to Be Pravda When We Grow Up"). It turns out that a Canadian intellectual property lawyer (which seems like a non-sequitur at multiple levels but I would assume are a lot of fun at parties) is musing that the music that is being used to "torture" prisoners at Guantanamo Bay should be subject to royalties as a public performance.

Leaving aside questions of how ASCAP may be stopping torture where the constitution didn't; What pop tunes would you include on your torture list?

Afternoon Delight by the Starland Vocal Band (which if not working with you I possibly would have never ever heard)
·Mmm-Bop by Hanson
·Anything by ABBA.

This is an impressive list, although I will admit that I like ABBA. A word to the wise - watch out for a hippie with a mean streak.

Aaron's suggestion drew an immediate rebuke from our mutual friend Strolling Amok, who also likes ABBA. SA (whose blog is on temporary hiatus) suggested the following:

I'd have to go with anything in the Toto, Air Supply, etc genre. I'd chew off my own leg to get away from that stuff.

Too much information, SA. But we take your point.

Here's the thing - conservatives are supposed to be the heartless bastards, but here we have a bunch of bleeding hearts who have a leg up on us in the torture department. Well, that simply can't stand, now can it?

That means it's time to open it up to the vast North American Mr. Dilettante reading audience and come up with the right songs to torture by. While we could probably save time by simply listing out the tracks on any random K-Tel record from the mid-70s, it's more fun to come up with our own.

So here are a few additional suggestions to get the ball rolling:

"Billy, Don't Be a Hero" by Bo Donaldson and the Heywoods, an especially cunning choice because it was meant to be an anti-war song.

"Run, Joey Run" by David Geddes. No further explanation should be necessary.

"Sometimes When We Touch," by Dan Hill. Note to KSM and colleagues: 72 virgins not included.

"Life Is a Rock (But the Radio Rolled Me)," by Reunion. This one brings any party to a screeching halt.

"Ahab the Arab" by Ray Stevens and "Midnight at the Oasis, " by Maria Muldaur. Kind of a package deal. I especially dig the tambourine playing on the latter.

But now I turn it over to you. What other songs should our guests enjoy midst the breezes from the sea?
Posted by Mr. D at 9:17 PM

Anything by Barry Manilow!

I second Midnight at the Oasis, and raise you one: Muskrat Love. Also, anything by Randy Newman.